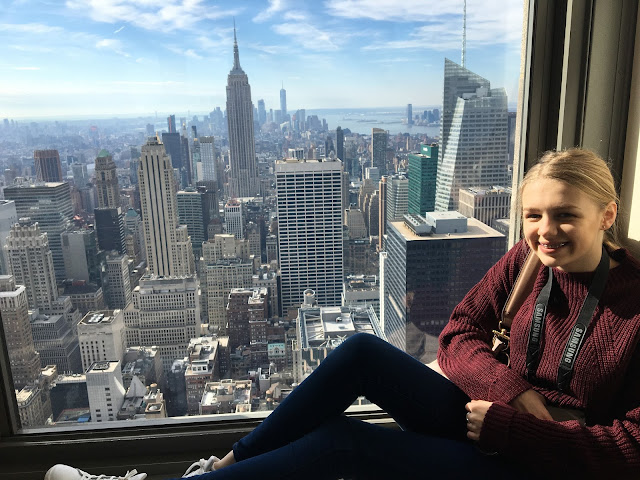 As you may know if you follow my social medias, last week I was lucky enough to go on a week away to the big apple! I had never been to America before, let alone New York so I was completely amazed by absolutely everything and anything!!
I could write a million posts about how amazing it was and what I did but I decided I would do a travel diary sharing what I did in this fab week.
Also I’m posting a New York Haul on Sunday so make sure to read that!!


♡ Day 1; Top of the rock, Times Square & Grand Central
This was definitely my favourite day, we woke up and it was such a bright day which we thought would be perfect to see the views from the top of the Rockefeller Center. After having a quick breakfast from Pret we headed straight there.

Going to the Top Of The Rock is a must-have when going to the New York, the views are incredible, seeing the Empire State building and the whole of Central Park was absolutely amazing. One of the best views in the world!
After heading back down the street level we got a pretzel and headed to Times Square. I was a bit disappointed with Times Square, obviously it was incredible to be there as I’ve seen it on so many films but in the day it wasn’t as impressive. And of course I popped into Sephora at Times Square!
After seeing Times Square, we walked round Macy’s and headed to Grand Central Station. I loved Grand Central so much, the building was incredible and walking through all the markets was a dream! 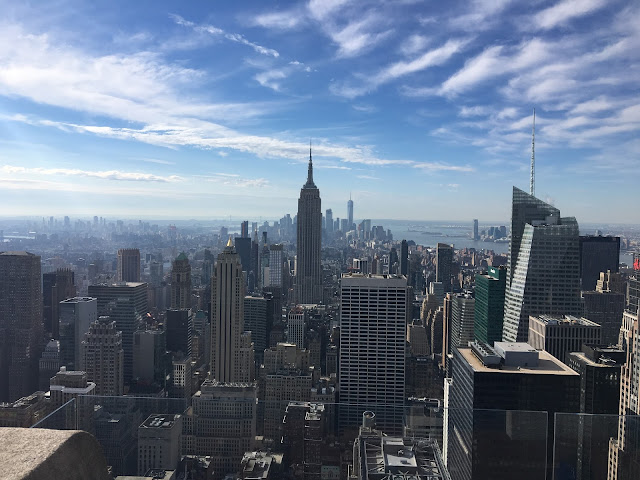 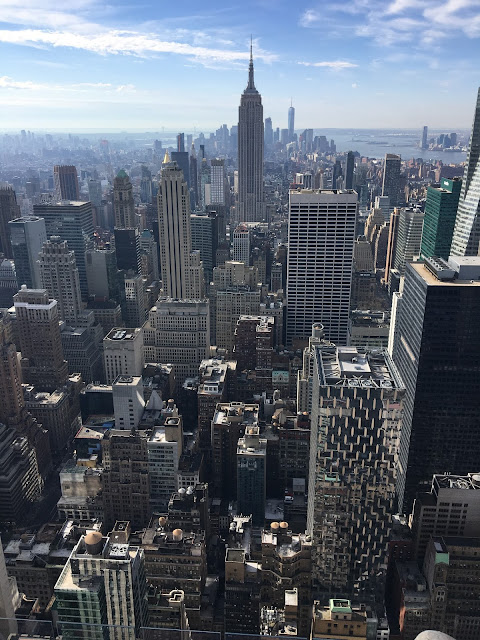 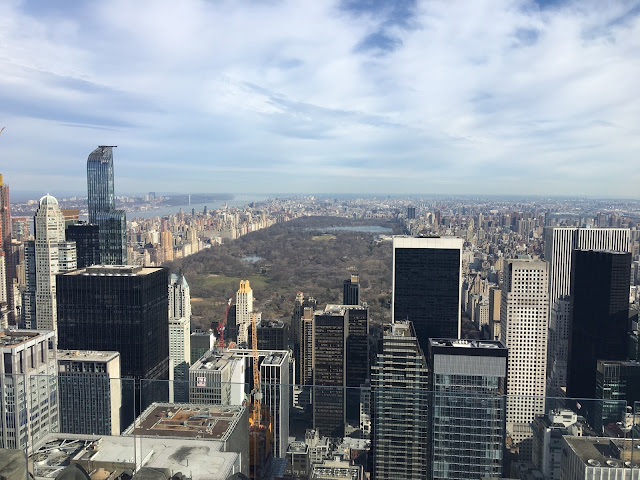 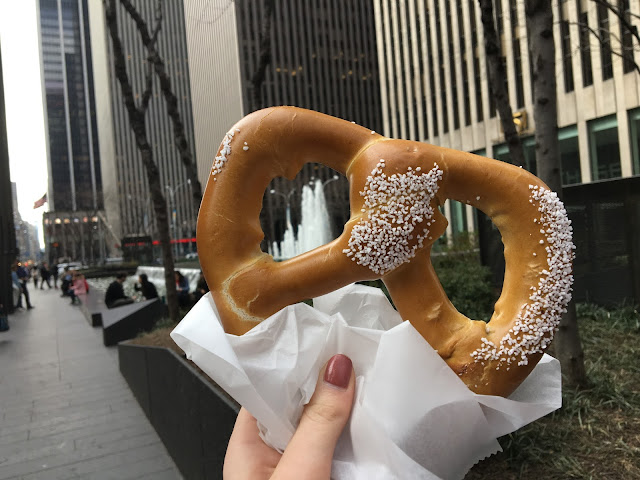 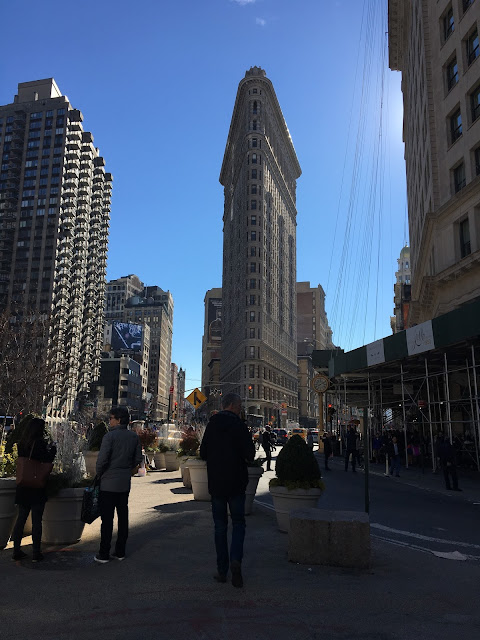 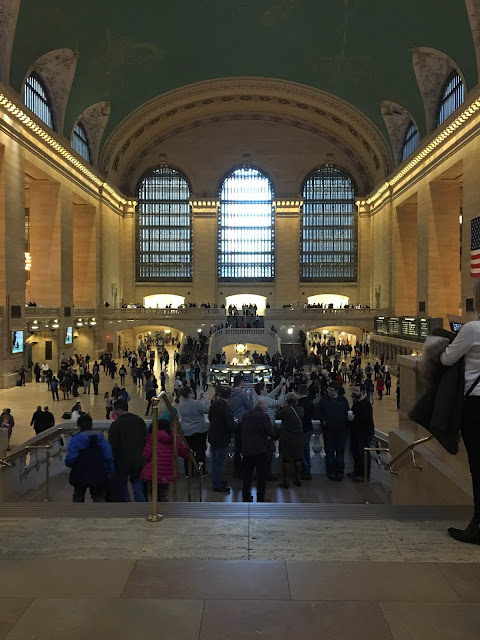 On Monday we took the free ferry to Staten Island which passes the Statue of Liberty and has amazing views of the city. Although the ferry was cold and windy, it was so good and the views were insane. I would definitely recommend the ferry as it’s free and still gives you amazing views of the Statue of Liberty.
After coming back on the ferry we headed to the World Trade Center where the 9/11 memorial is. I found this quite hard hitting seeing this as seeing all the names around the memorial really makes you think and just take it in. However the two memorials where amazing to see as they were built so creatively and the never ending waterfall really made you think. After seeing the memorials we went into Westfield shopping center which was right next to it and of course I ended up in Sephora…
To end this day we ended up in Times Square which was actually very impressive at night and we went to Magnolia Bakery and oh my gosh, words cannot describe how good this cake was. Where is the petition for a Magnolia Bakery in the UK? 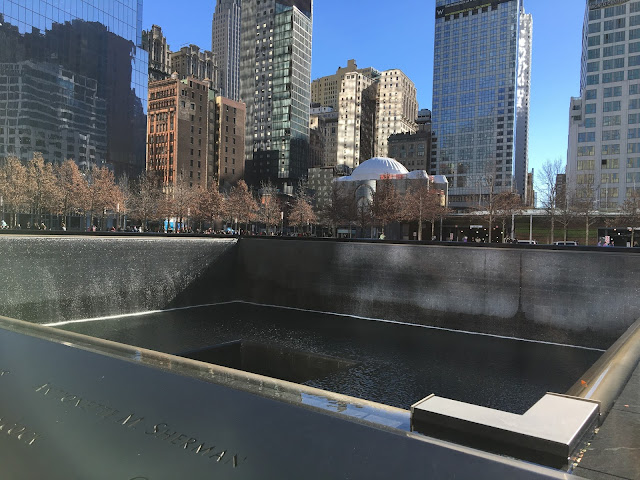 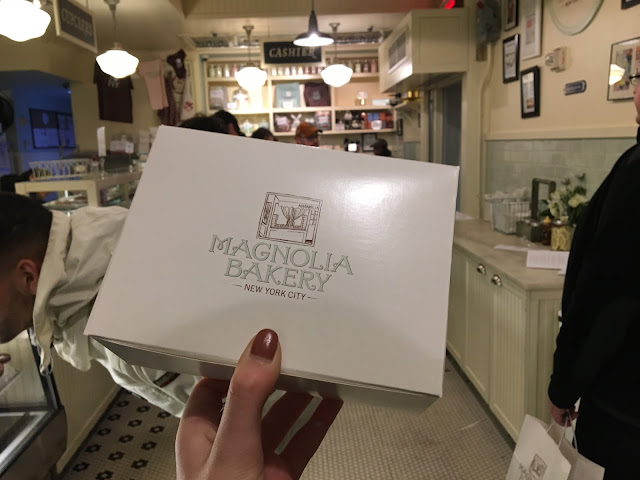 ♡ Day 3; Central Park & 5th Ave
We had such nice weather on Tuesday, I started off my day with the best pancakes with maple syrup and we started off in Bloomingdale of course shopping yet again! We then walked to Central Park which was actually quite close to our hotel and walked round which was very calm and peaceful! Central park actually gave some good views of the skyscrapers and buildings and is obviously a must if your in NYC.
We then went down 5th Avenue which I won’t spoil anything for my haul but lets just say, I was very lucky!!
We then went to see the United Nations building which was an amazing building and we had a look round that area which was by the river. 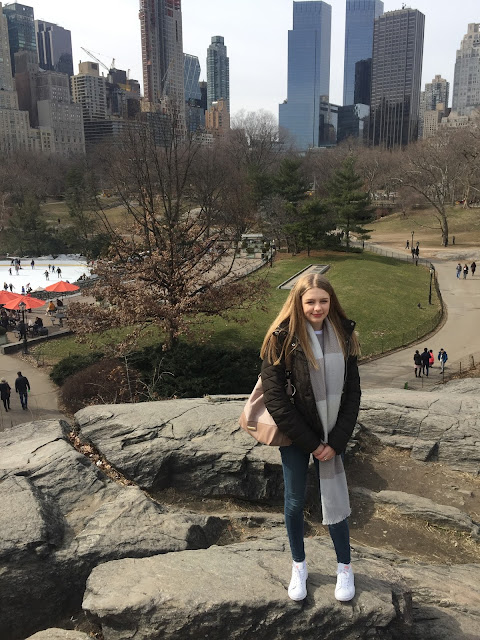 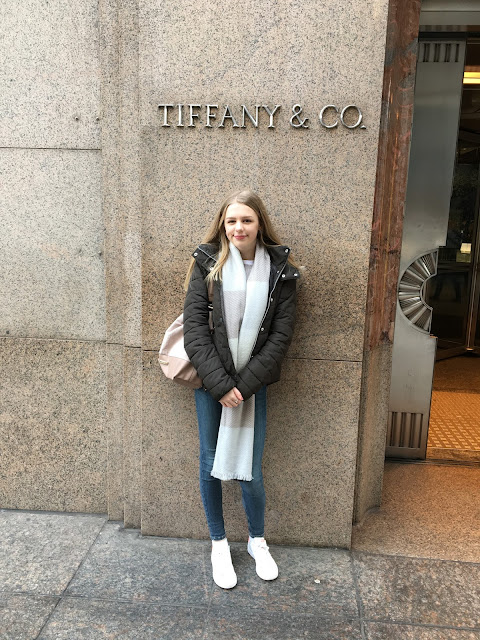 We started off our day by walking across the high line which is an old train track in Manhattan. It gave some spectacular views and was so relaxing and enjoyable. It was a perfect place to take photos as well and after walking across a bit of the high line we went to Chelsea market which was one of the cutest places. It was full of deli’s and small cafes which all smelled heavenly. Also I got my first bottle of Figi water which I was very excited about (yes I clearly have no life)!
After that we went to Bleecker street as I’d seen it online before and it looked like the typical New York street, which it was. It was filled with designer shops and little vintages stores. We also came across the first Magnolia Bakery store here which my and my family were delighted with!
To finish off our day we went up the Empire State where I desperately searched for Chuck Bass, unfortunately I’d just missed him… Anyway we went up the Empire State when it was just turning dark and the view was as you would expect, incredible!! Although the view was of course insane, what do you expect 443m high in NYC? 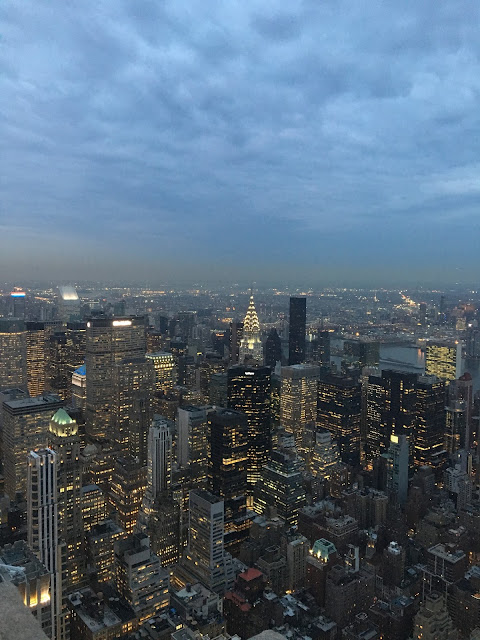 ♡ Day 5; Shopping & Birthday Cake
As this was our last full day we started by doing some final shopping and did one thing that I’d been dying to do whilst we were there! This was going to the top floor in Victoria’s Secret on 5th Ave as the whole floor was full of the outfits the angels had worn in the shows. Being a girl who absolutely adores the Victoria Secret catwalk shows and is always in awe of the outfits, I was absolutely amazed by this floor. They showed the mood boards and designs to some of the outfits which were all incredibly drawn. And seeing the outfits was beyond insane! They even had Gigi & Bella Hadids outfits from the latest show which was weird to see as I’d seen some many pictures of them in them! And also there were all their signatures there which I got very excited about…!
Anyway after lunch we did a tiny bit more shopping and went back to our final look at Times Square. To finish our day we went to Magnolia Bakery again and as it was my birthday when we flied home, I got a birthday cupcake which was absolutely delicious oh my!!

♡  Day 6; Pancakes & Home
After having the best pancakes for breakfast, we sadly went to the airport. After two dunkin donuts, we got on the plane an got home on the Saturday where I slept all day! 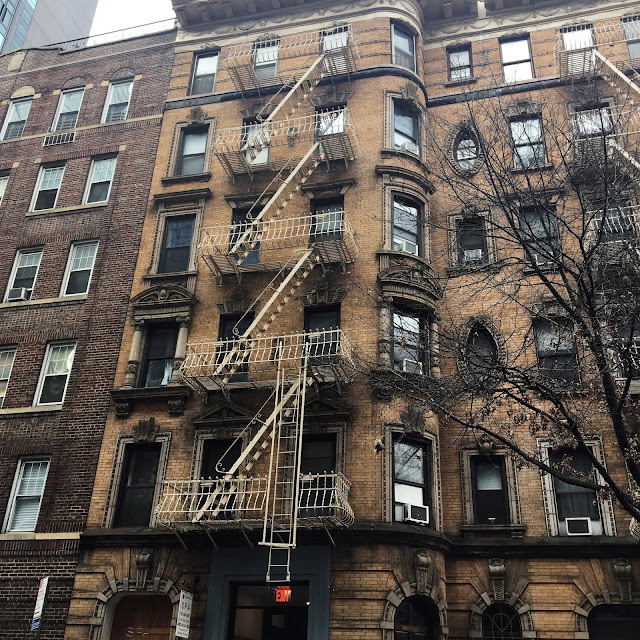 Overall I had the best time in New York and I’d do anything to go back!!
I hope you all enjoyed reading my travel diary,