Skip to Content
Home 2017 Day Out At British Style Collective

Kate Leave a Comment on Day Out At British Style Collective 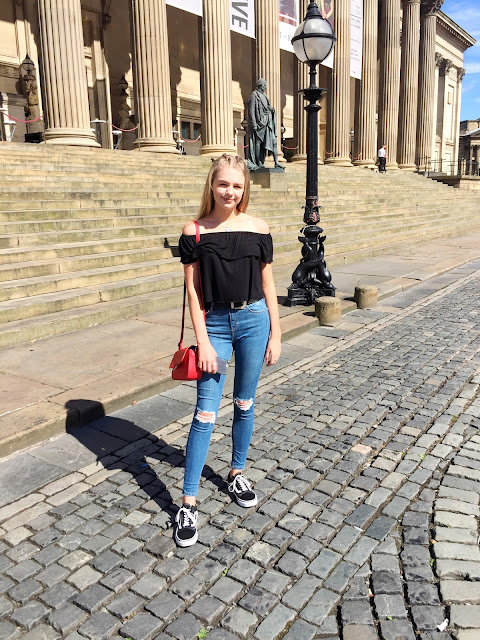 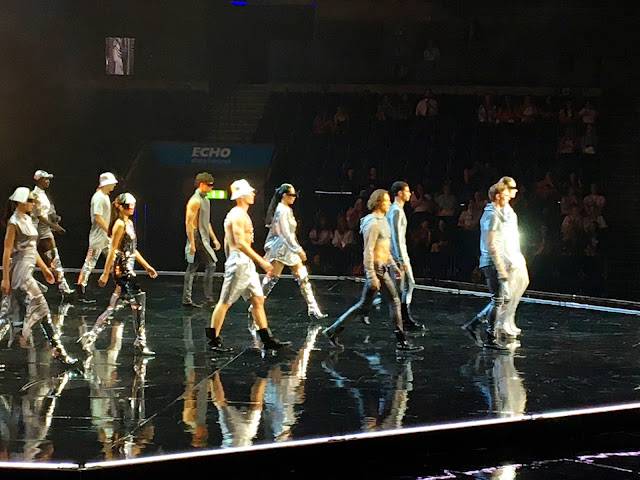 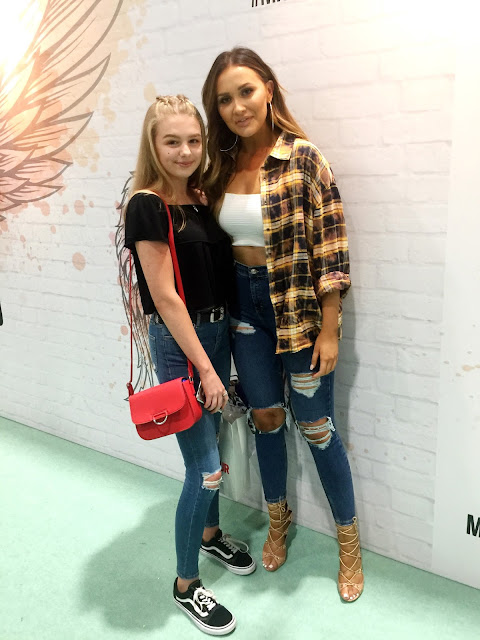 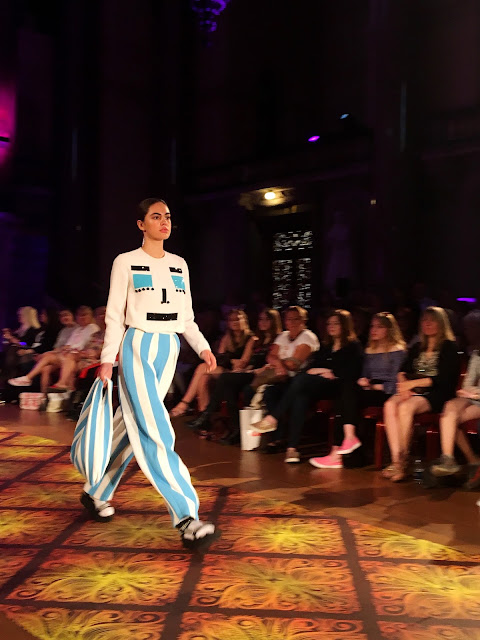 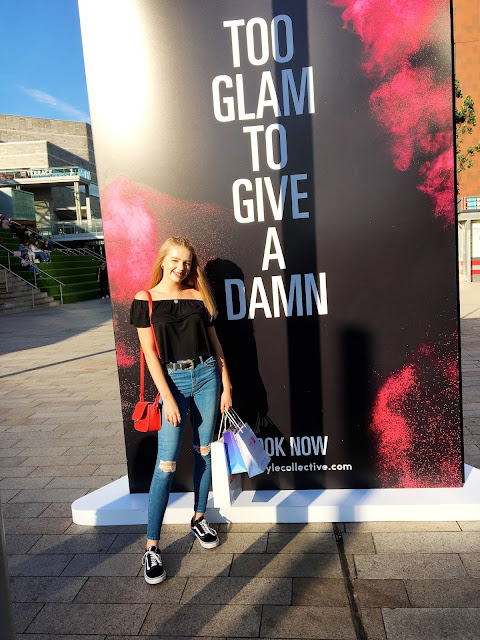 So the British Style Collective was spread out over Liverpool, there was talks and small catwalks over at St. Georges Hall, food & vintage stalls at the Albert Dock and the shopping and big fashion show over at the Echo Arena. For this post I’m going to be talking through my day and if you’re interested in going the dates are already out for next year so I’d definitely recommend it as it’s such a good day (even better when you get a selfie with Christian…).
St Georges Hall;
I headed to St Georges Hall first where I watched a 20 minute catwalk show which was a fantastic collection by Edeline Lee and I was lucky enough to get a seat on the front row so I had such a good view. The collection was futuristic but simple at the same time, there was gingham, bold colours, crystals and each garment was so well made. One of my favourite looks from this catwalk was this monochrome piece as I love the simplistic white wide leg trousers with the three black crystal stripes that were on the bottom of one leg. It was such a stylish collection and you can see it all here. Also St Georges hall is such a gorgeous venue and is definitely a place to visit if you’re in Liverpool.
There was also a couple of designer show rooms in St Georges Hall which had some gorgeous prints and artwork in however I only had a quick look in them as they were quite busy! 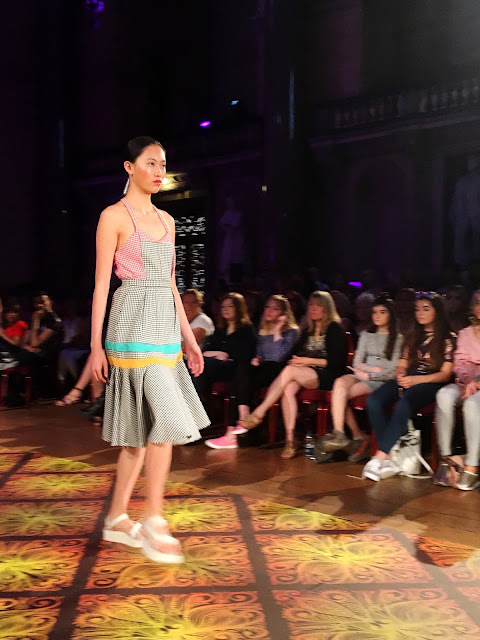 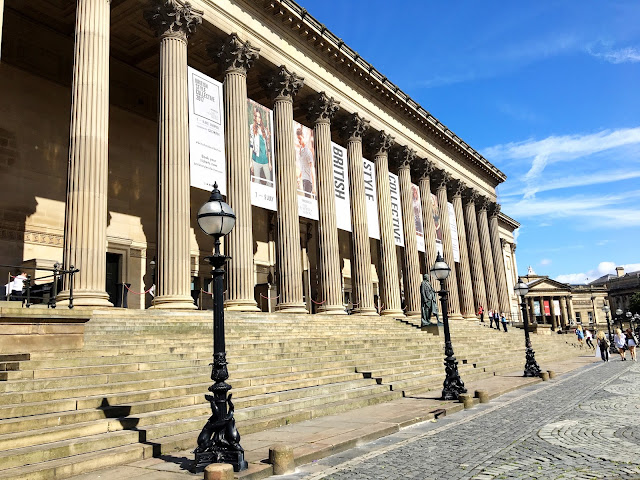 Albert Dock;
After going to St Georges Hall, I headed into town for a quick lunch at Pret because it’s my favourite place ever (for anyone wondering I got the chicken and avo sandwhich because it’s literally the best thing on the planet, 100% reccomend) ! And then I went down to the Albert Dock where there was an event called Fine Tuned which was super busy as there was so many food stalls and it was the perfect location in the sun! We wandered around a few stores there which were mainly vintage stalls and then slowly wandered around to the Convention Centre (right next to Echo Arena) where all the shops were.

Shopping Arena;
I had the Experinece B ticket (later fashion show) so I got to the convention centre at 2 which was when it opened for the Experience B tickets. When we got in, it was super quiet so we had a quick walk round just to see what there was and I knew Dom from Love Island was at a store called Lasula so I asked them when he’d be there and they said he was on his way so I waited there for 15 minutes (he was obviously on his way from the other side of Liverpool, he took his time…) and I was second in the queue to meet Dom! For those of you who don’t watch Love Island, he was one of this years contestants who left the other week but he was really nice and I was shaking so much (god knows why, he was never my favourite!!).
After seeing Dom I went round the shops and it felt much smaller than Birmingham and it was definitely much quieter which I guess was good as there was less queues. Later on when I was still shopping I was stood in a queue and Christian Arno walks past (one of the models from the show, aka my husband) and I got a selfie with him and his hair touched my head and I literally died, he was so lovely and funny and I’m so getting an A1 size canvas of the selfie for me wall… 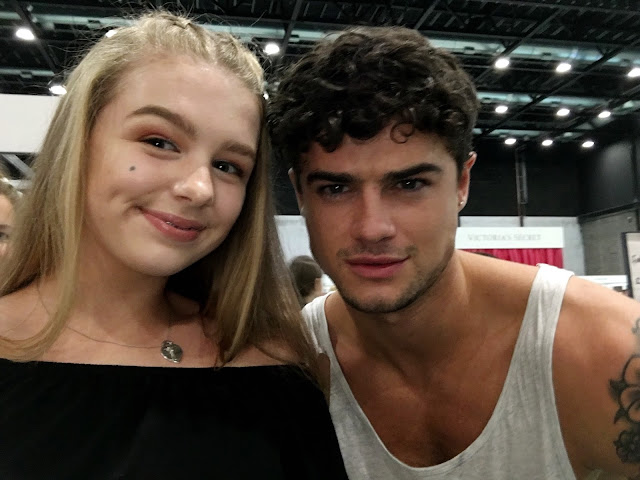 I also met Sarah Ashcroft who was so so lovely and I was so happy I got to meet her. I know the blogging community was fuming with what she said in her article with Cosmopolitan and I understand that what she said didn’t come across very well however I’ve been such a big fan of her for ages and I would never think she would mean to say anything rude on purpose. However she was so incredibly kind and she had a conversation with everyone she met instead of just saying hi and taking a photo and I’m not one to hold a grudge over 1 magazine interview!
I didn’t actually buy that much, however I got the Glamour Goody Bag (£9) which had a years magazine subscription and lots of hair and beauty bits including a Mac Liptensity Lipstick but I got the dark purple shade whereas my sister got a gorgeous nude #CryForMe.
And I also bought 4 Glitter Pigments and glue from Helen E which will definitely be mentioned in many posts coming up and I’m very excited to experiment! The pigments were 4 for £10 and are usually £6 each so it was a good bargain!
And I obviously couldn’t stay away from the Spectrum stall and I bought myself only 1 brush as I had to limit myself which was very hard but I got the Rose Gold A02 Brush which is an angled foundation brush and it’s so incredibly soft. I tend to use my Real Techniques Buffing Brush however it’s getting quite old so that’s my excuse for buying this brush!
Fashion Show At Echo Arena;
The last venue I went to was the final fashion show which was at 6pm (Experince A was at 2 & Experience B was at 6) which is what the Clothes Show is all about. It’s around an hours show and I always watch them in awe! I have to say, last year in Birmingham I was quite disappointing with the show as I didn’t think the clothes were that impressive so I was really hoping this show would wow me! And I’m glad to say, it did!
So if you don’t know how the show works, the presenters come out who were Kimberley Walsh and a Capital Radio Presenter and they just introduced the show. Then there is 5 minute catwalk which shows 2 looks for five popular trends which included pastels, white on white, pink, corsets, work attire and more.
The show itself was incredible, how it works is that there is a group of dancers and a group of models so there will be a dance then the models come on, then the dancers so the models can get changed and then the models again. So for each style theme in the show it starts with the dancers who are wearing some statement piece to do with the theme and then the models come on, (I hope that makes sense!).
The pieces the models were wearing were all insane and they all looked amazing, especially Christian omgeez, and I mean I wasn’t complaining when they came out in their tight swim shorts!

Overall I had the best day and I would definitely recommend it anyone who loves their fashion and a nice day out!! I loved how it was spread across Liverpool and the fashion that was presented there was so incredible and definitely inspired me with my textiles work!
Will you be getting a ticket for next year?
Kate Xx